In the past nine years, RPB-funded scientists have published more than 700 papers on glaucoma research. They have reported discoveries in understanding the cellular and genetic aspects of glaucoma, in testing new treatments, in establishing guidelines for treatment options and in understanding glaucoma's effect on quality of life in order to inform personal choices for effective care.

First Signs of Glaucoma Appear In The Brain, Not The Eyes 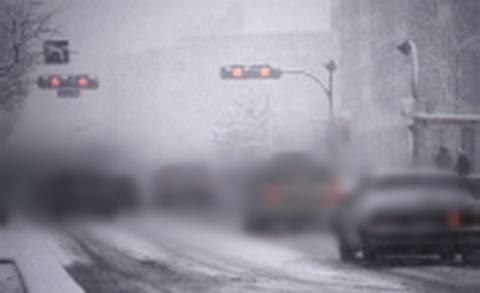 Glaucoma can obstruct critical areas of the visual field

Many glaucoma patients experience vision loss despite efforts to manage ocular pressure. Now, researchers are a step closer to understanding why...and treating it. The findings represent a paradigm shift in how scientists think about the disease, according to one researcher whose work RPB has supported since 2003 when he received a Lew R. Wasserman Award. Read the story. (Abstract)

A unique, new, non-invasive imaging device allows eye doctors to see areas inside the eye that previously were impossible to view, and to detect narrow angle glaucoma before it can cause sudden, painful loss of sight. The condition occurs in about 10 percent of all cases of glaucoma, but is three times as likely to lead to blindness as the other forms.  Studies have established that early detection is the key to prescribing proper treatments to slow glaucoma's progress.

Once it is FDA-approved, the new system, shown in this video in use by Dr. Sanjay Asrani, a Duke University glaucoma specialist and RPB-supported researcher, could also be used to detect other eye conditions and to guide eye surgeries.  A smaller, portable version of the device is in development.

While uncommon, childhood glaucoma is often associated with significant visual loss. A new study shows it may most commonly be caused by trauma, surgery or another acquired or secondary cause. Read the story.

Scientists are investigating the use of a process called RNA interference as a way of reducing elevated pressure in the eye that can cause glaucoma. By injecting molecules called short interfering RNAs directly into tissue known as the trabecular meshwork, researchers have been able to silence the action of disease-relevant genes. RNA interference also seems to be effective in regulating genes associated with another important risk factor for glaucoma: treatment with steroids. The use of corticosteroids to treat other conditions is known to cause an increased resistance to aqueous humor outflow and elevated IOP.  These findings show, for the first time, that RNA interference could potentially serve as an important therapeutic alternative in the management of glaucoma risk factors. Read the article.

A team of RPB researchers advanced a significant piece of the puzzle of restoring vision. Some eye diseases, including glaucoma, damage the retinal ganglion cells (RGCs) that make up the optic nerve. While other investigators are pursuing the creation of replacement RGCs from stem cells, these researchers are identifying ways to integrate the new cells into the eye's light processing circuitry.

Elevated pressure in the eye can develop when the fluid produced within the eye, called vitreous humor, is obstructed as it drains through tissue the trabecular meshwork. RPB investigators are using Spectral Domain Optical Coherence Tomography, a new high definition and high speed imaging technique, to study the drainage channels in different types of glaucoma, and also to study retinal tissue loss to detect early glaucoma in people at risk. The same group of investigators developed a prototype of a miniaturized, remote eye pressure measuring device, which may someday allow home monitoring of eye pressure similar to home glucose monitoring for diabetes.

Potentially life-saving news came from a study of people with glaucoma.  Patients over the age of 55 with moderate to severe defects in their peripheral field of vision are at an increased risk of being in a car crash.  The findings also underlined the need for glaucoma patients to have regular visual field tests after the age of 55.

Another widely reported study found that glaucoma patients are over six times more likely to be involved in one or more motor vehicle accidents. They are also more likely to be at fault for those accidents. The strongest risk factor for these motor vehicle accidents is impaired useful field of view. According to Cynthia Owsley, Ph.D., M.S.P.H., University of Alabama at Birmingham School of Medicine, moderate to severe visual field loss due to glaucoma, in the central 30 degrees in at least one eye elevates crash risk.  Providing this type of information to doctors and patients can make it easier for them to have productive conversations on a sensitive subject: when to stop driving.

A New Path May Lead to Glaucoma Treatment

RPB investigators have found that the normally spongy cells of the trabecular meshwork (TM) might be hardened by calcification in the eyes of people with glaucoma. These scientists note that some of the genes and mechanisms functioning in the TM also seem to be at work in hardening of the arteries, or atherosclerosis, a disease of the circulatory system. Trabecular meshwork cells help maintain proper intraocular pressure by serving as a filtering mechanism in the drainage of the eye's aqueous humor fluid. Scientists hypothesize that these TM cells must be protected against such hardening if they are to function properly.  In glaucoma, however, these cells seem to lose their protection. It is therefore possible that strengthening these cells' mechanism to inhibit calcification may be a new avenue for glaucoma treatment. (Abstract)

Still other researchers are working with RPB grants to promote optic nerve regeneration, to study changes in trabecular meshwork gene expression about a decade before risk of the disease starts going up, and to determine if abnormal blood flow is an important factor in causing glaucomatous optic nerve damage. In a recent report, use of oral contraceptives for five or more years has been associated with a 25% increased risk of developing primary open angle glaucoma (the most prevalent form of the disease).