The deepest gratitude will never be expressed—nor can it be. It will be found in the eyes of those who live after us, who drink in the visual beauties of life without fearing the loss of that vision, and who may say to themselves in momentary acknowledgement of this magnificent gift, 'It is wonderful to see!'

Inspired by the vision of its founder, RPB has made a significant impact on the field of vision research. Here are just a few of its contributions throughout the years:

22 medical research institutions receive RPB unrestricted grant support, including New York University, which expedites the use of a laser to repair torn retinas.

The first and only exhaustive study of eye research in the U.S., "Ophthalmic Research: U.S.A.," initiated and financed by RPB, is presented at a symposium of the American Academy of Ophthalmology and Otolaryngology.

A 1965 RPB landmark public opinion poll finds that, with the exception of cancer, Americans fear blindness more than any other disease.

RPB helps establish The Association of University Professors of Ophthalmology (AUPO) to evaluate and address problems facing the advancement of ophthalmic science in the nation's medical schools. 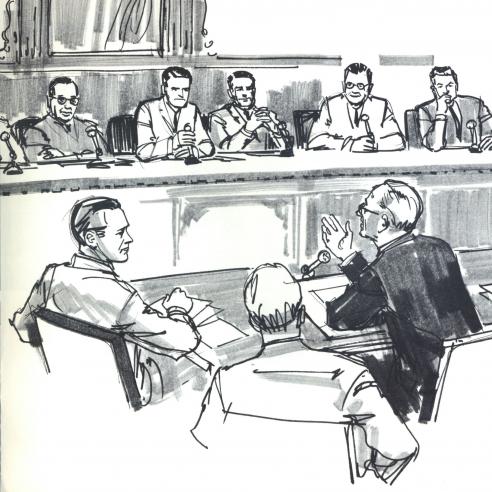 The fundus camera, developed with RPB funds, enables stereo color photos of areas in back of the patient's eye during examination. 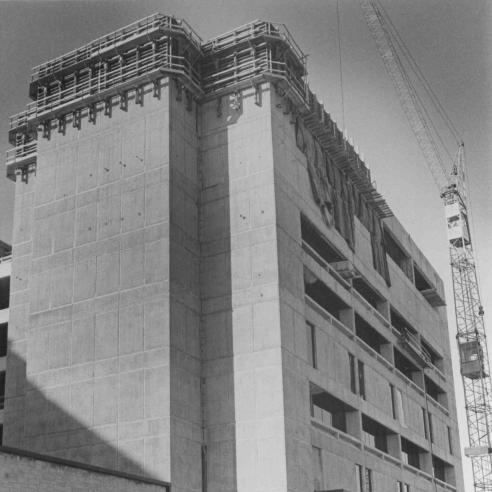 In ten years, RPB's Laboratory Construction Program more than triples the amount of eye research lab space in the U.S. With RPB support: vitrectomy, a new surgical procedure, is restoring sight to patients blind from diabetic hemorrhages; acute closed-angle glaucoma is cured by surgery; and corneas made of plastic are giving useful vision to hundreds of patients with otherwise untreatable corneal disease.

Two RPB grantees - Torsten Wiesel and David Hubel - are awarded the Nobel Prize in Physiology or Medicine for their discoveries concerning information processing in the visual system.

RPB sponsors a training program at The Johns Hopkins School of Hygiene and Public Health for candidates from underdeveloped countries to learn to implement blindness prevention programs and clinical research activities.

A "living contact lens" – donor corneal tissue frozen and shaped to the needs of the patient – is developed to correct refractive errors that cannot be resolved by other means.

Freezing abnormal blood vessels is the first successful therapy for retinopathy of prematurity.

A new drug for uveitis, cyclosporine A, decreases autoimmune inflammations of the inner eye and improves visual acuity of many patients. 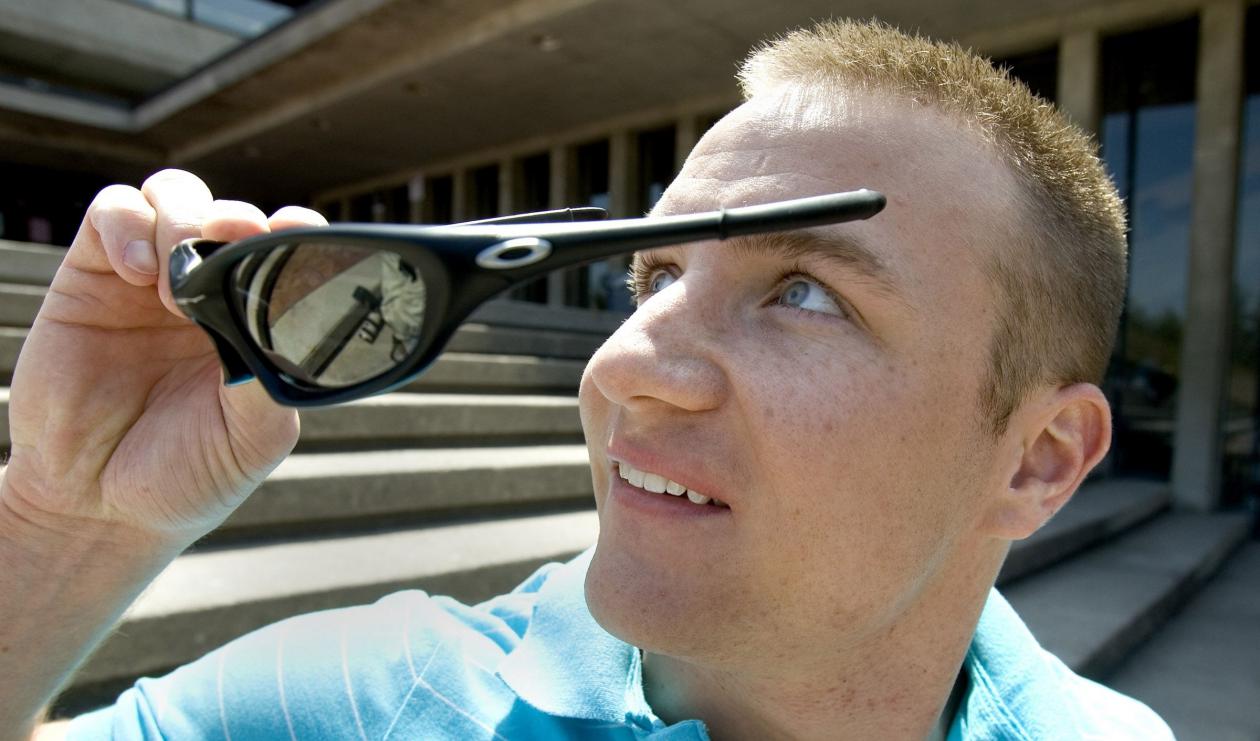 An RPB researcher studies gene expression in retinal degeneration. It is the first of four RPB awards she is to receive, all supporting work which, in 2007, results in the first use of gene therapy to restore sight in patients with retinitis pigmentosa.

A laser and dye treatment known as photodynamic therapy is shown to stabilize vision of selected patients with the "wet" form of age-related macular degeneration. The FDA approves the first drug for this use the following year.

RPB supports development of wireless video glasses that transmit signals to a laser-powered microchip implanted in the retina which may someday give blind patients sight. The device, FDA-approved in 2014 and known as the Argus 2, is currently restoring sight to patients.

The first treatment to interrupt wet AMD, made possible by earlier, RPB-supported research, is approved by the FDA, bringing new hope to those already suffering from the disease. A second drug soon follows.

An RPB researcher solves one of the great mysteries of ocular science:  the mechanism that keeps the transparent tissue of the cornea free of blood vessels.

A new approach to retinoblastoma greatly reduces the size of tumors, allowing patients to save the affected eye, without the side effects of standard chemotherapy.

An RPB researcher develops a computer system that exercises the brain, restoring sight lost from stroke. 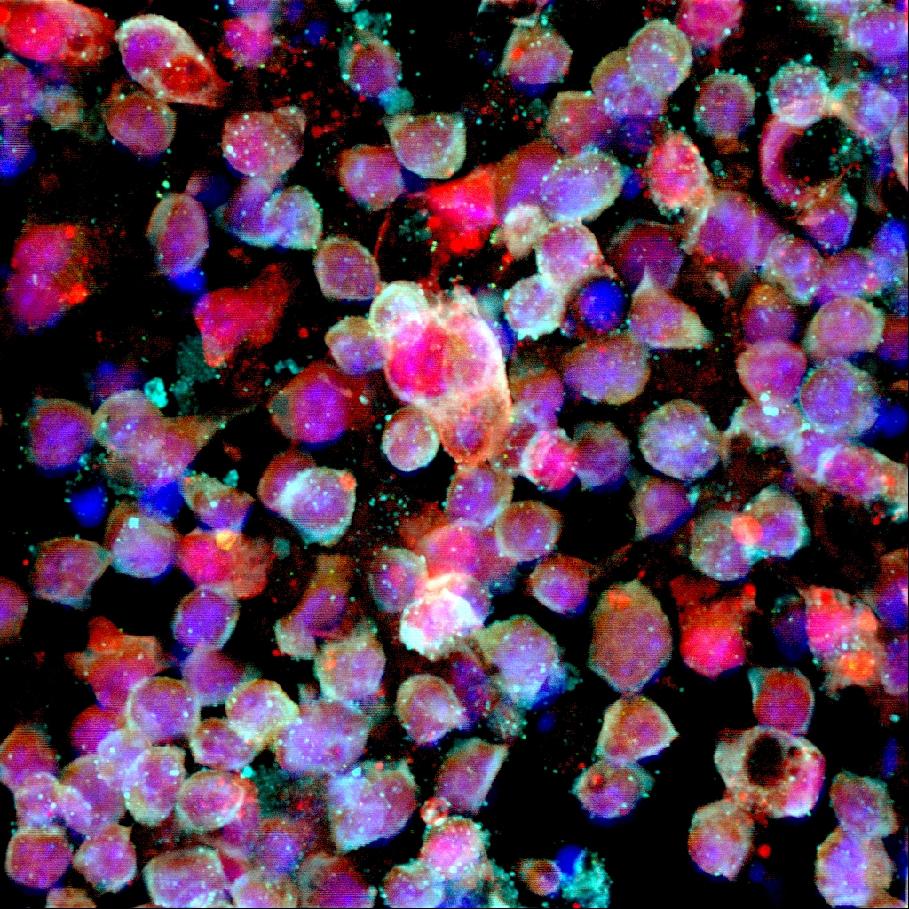 RPB researchers report that glaucoma likely originates in the brain, a paradigm shift in understanding the disease that opens the door to neuroprotective therapies.

Researchers grow all seven classes of retinal cells using a new patient-specific stem cell made by inserting genes into skin fibroblasts, the most common type of connective tissue.

RPB scientists create a nano knife, capable of surgically paring down nerve endings, demonstrating the possibility of creating a new family of micro-scale instrumentation that can extend surgical procedures down to individual cells and beyond.

RPB celebrates 50 years as the catalyst for vision research.

As part of an effort to bring new technologies and cutting-edge translational science into ophthalmology, RPB launches the Innovative Ophthalmic Research Award to provide the means for departments of ophthalmology to develop collaborations with researchers working in other basic scientific disciplines.

A team of RPB researchers suggests that the recent, worldwide epidemic of myopia may be due to an imbalance in red-green cone stimulation caused by artificial lighting, computer monitors, tablet PCs and video games, particularly in genetically susceptible individuals.
A small clinical trial to test this concept reveals that using red-free glasses can slow the growth of the eye in children with early myopia. 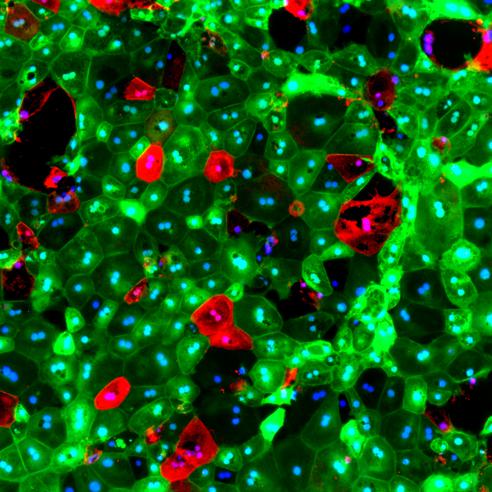 RPB investigators announced a major advance in the field of vision restoration for patients with retinal degeneration: the creation of a chemical photo-switch that makes normally "blind" cells in the retina sensitive to light.
A gene therapy for both the wet and dry forms of macular degeneration, developed by RPB researchers, enters human clinical trials.

RPB conducts an internal strategic review of its grants programs, reinvents several of its major awards, and enters into innovative funding partnerships with other vision research-supporting organizations to create more impactful research support.

RPB hosts the first ever convening of vision research funders with the goals of identifying potential areas for collaborative action and stimulating partnerships throughout the vision research community. 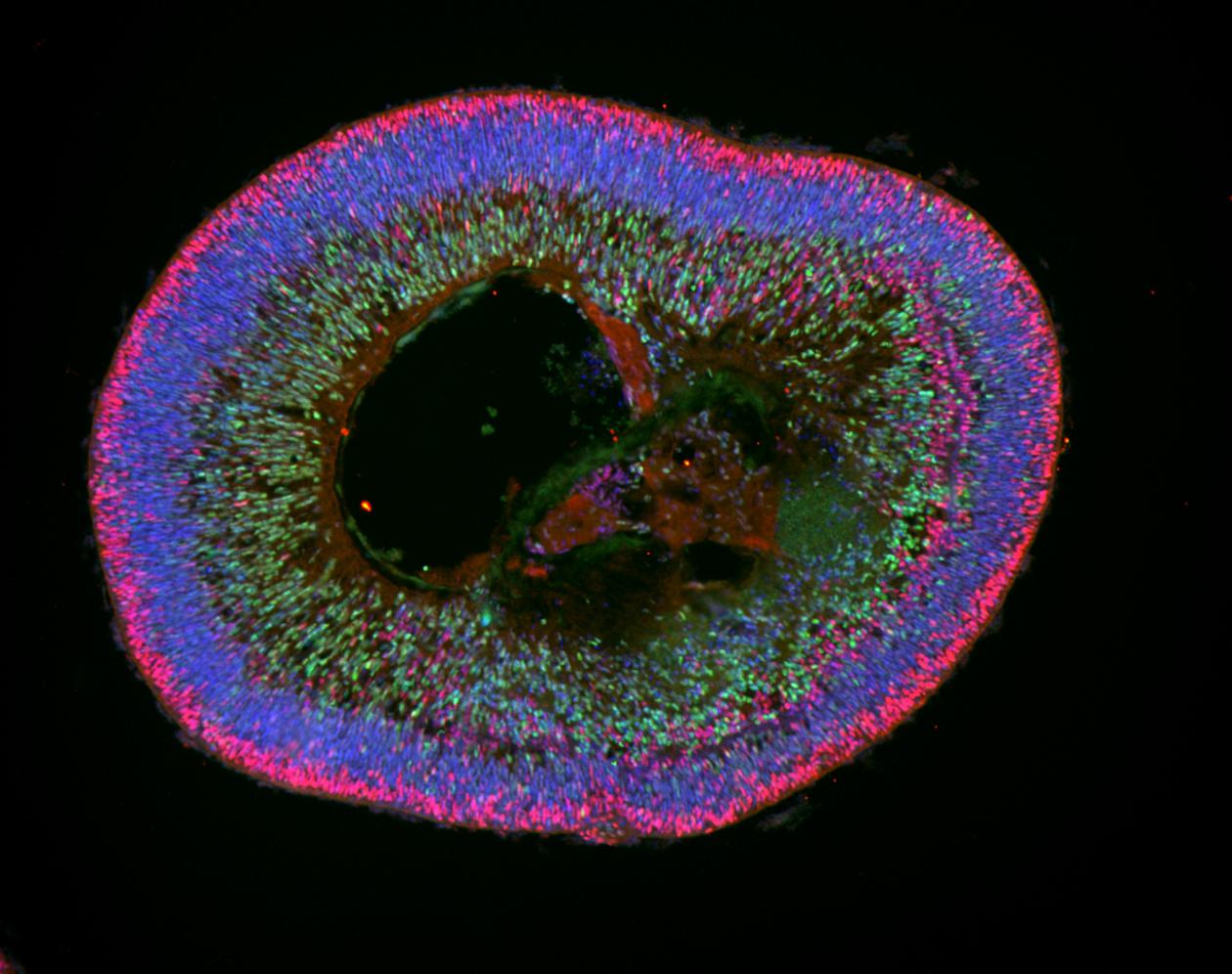 RPB-supported labs announce the development of light-sensitive retinas-in-a-dish, derived from patient skin and blood cells that can be used to test patient-specific treatments for retinal disorders.

Months after he is deemed Ebola free, Dr. Ian Crozier, one of the earliest medical responders in the Ebola outbreak in West Africa, and an Ebola survivor, develops acute, sight-threatening eye inflammation. The Ebola virus is found living in his eye, posing a threat not only to Dr. Crozier and the ophthalmologists treating him, but to the 17,000 African Ebola survivors and the health workers treating them. Using flexible funds from RPB's Unrestricted Grant to the Emory Department of Ophthalmology, Steven Yeh, MD, successfully treats Dr. Crozier with corticosteroids and an experimental antiviral and develops a treatment protocol that is rolled out in Africa, saving the sight of thousands of Ebola survivors and preventing an Ebola resurgence from a previously unrecognized cause.

RPB-supported researchers identify a potential treatment target for blinding diseases such retinitis pigmentosa and advanced dry age-related macular degeneration (AMD) by uncovering a pathway involved in the death of photoreceptors.

RPB-supported researchers discover a biomarker that could help to predict glaucoma damage before vision loss.

RPB-supported researchers and physicians administer the first FDA-approve gene therapy for inherited blindness; in just weeks, the patient (a 13-year-old boy), had significant improvements in his vision.

RPB grantee Gregg Semenza, MD, PhD, is awarded the Nobel Prize in Medicine or Physiology for discoveries of how cells sense and adapt to oxygen availability; his RPB grant enables him to apply his Nobel-caliber knowledge and skills to vision research.