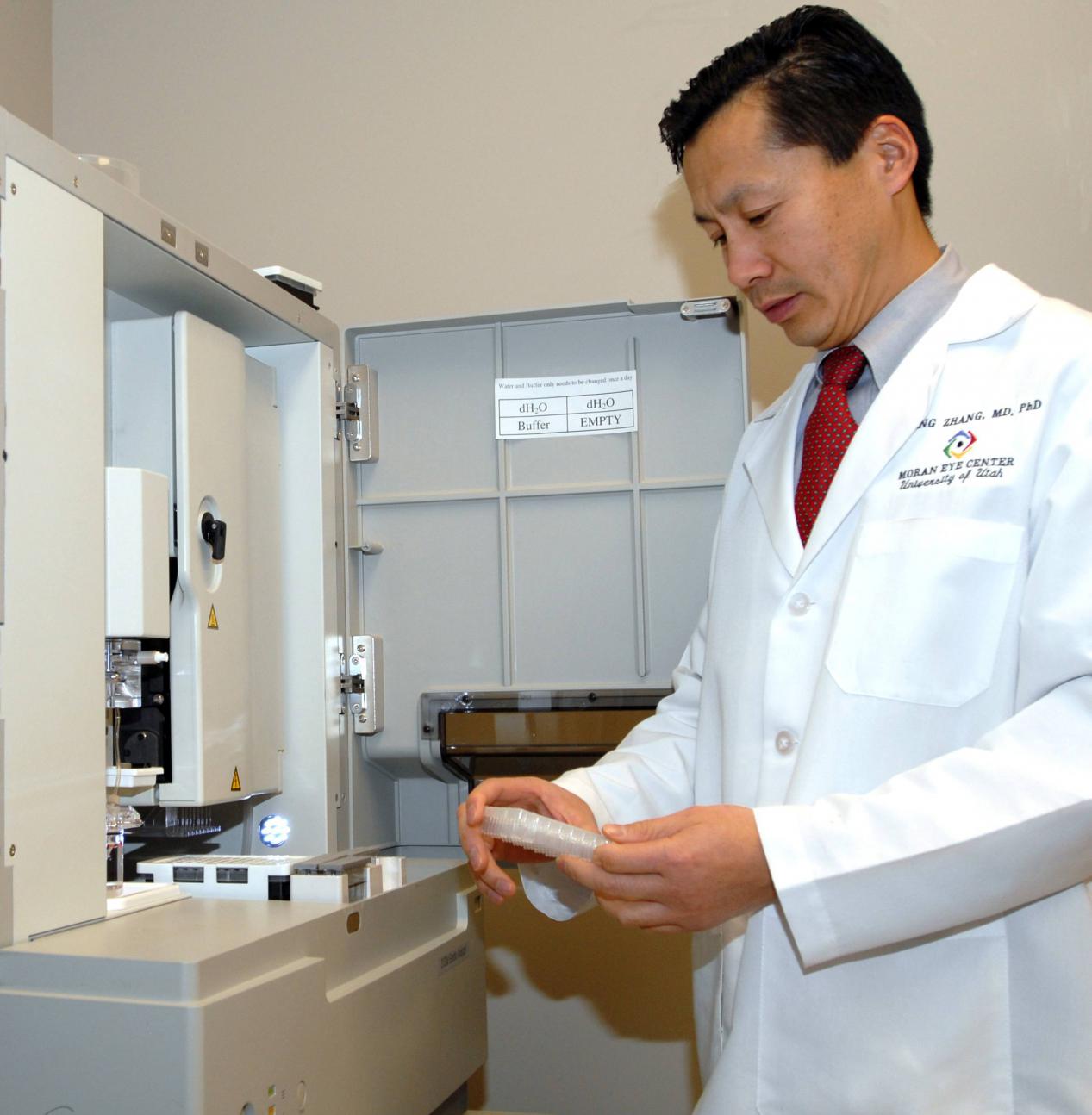 Diabetic retinopathy and macular degeneration damage can be reversed or even prevented by drugs that activate a protein found in blood vessel cells, according to a recent announcement by RPB-supported researchers collaborating with others at several institutions.

Getting new drugs to market usually takes a number of years and the collaboration means the time required to test the approach in people could be shortened. Read the story.

Nutritional supplements containing antioxidant sources as well as zinc and copper (known as the AREDS formula), which slow the progress of age-related macular degeneration in some patients, have now been shown to have the potential to protect diabetics from developing diabetic retinopathy. While earlier RPB-supported research has established that good blood sugar control can prevent or slow diabetic retinopathy (a complication that affects more than 80% of diabetic patients), the AREDS-based micro-nutrients may be beneficial despite elevated blood sugar levels. The findings are a first step toward testing the formula in clinical trials.

The ability to deliver drugs that will slowly release over many months into areas of the eye, avoiding the need for multiple injections, is the goal of many research teams. One group, using RPB funds, reports that porous silicon photonic crystals may be just the nano-compound to host a variety of therapeutics to treat eyes with diabetic retinopathy and wet AMD.

RPB scientists were the first to demonstrate that curcumin, an antioxidant found in the common spice turmeric, can inhibit diabetes-induced retinal abnormalities. It appears to be a useful adjunct therapy to inhibit the development and progression of diabetic retinopathy. Read the study.

One of the complications of diabetes is damage to the autonomic nervous system that regulates many of the body's functions, including the maintenance of normal blood flow to the retina. One investigator is looking into the possible use of a topical treatment to enhance sympathetic nerve stimulation and protect against retinal damage.

Final analysis of a long-term study (Abstract), funded by RPB, has revealed that people with Type 1 diabetes who controlled their blood-sugar levels over that long term were more likely to reverse damage in the retina's small blood vessels. Poor blood-sugar control was strongly related to development of proliferative diabetic retinopathy. Other factors that increased the risk for developing proliferative diabetic retinopathy included being male; being overweight; having higher blood pressure; and having protein in the urine, a sign of diabetic kidney disease. Read more about the 25-year Wisconsin Epidemiologic Study of Diabetic Retinopathy (WESDR), which began in 1979.

An RPB-supported researcher has created a test that could give doctors and patients  a head start on treating diabetes and its vision complications. The device also may help diagnose changes that occur in the eye as early as 10 years before a person is diagnosed with macular degeneration. Read the story (Abstract)

RPB funds were used to develop an automated system capable of detecting clinically important changes in the eyes of patients with diabetes. This system already approaches the performance level of retinal experts and could be used in communities as a valuable, efficient screening device. Further, it can be applied internationally, through existing internet infrastructure.