Research to Prevent Blindness congratulates the National Eye Institute (NEI) on its 50 year anniversary in 2018! This exciting milestone marks five decades of diagnosing and treating eye disease and vision impairment since NEI was established in 1968.

In remarks given at the National Eye Institute’s 50th Anniversary Capitol Hill Reception on March 21, 2018, in Washington, DC, sponsored by Congressman Pete Sessions of Texas, RPB President Brian F. Hofland, PhD, recounted how RPB and the NEI have always been connected. 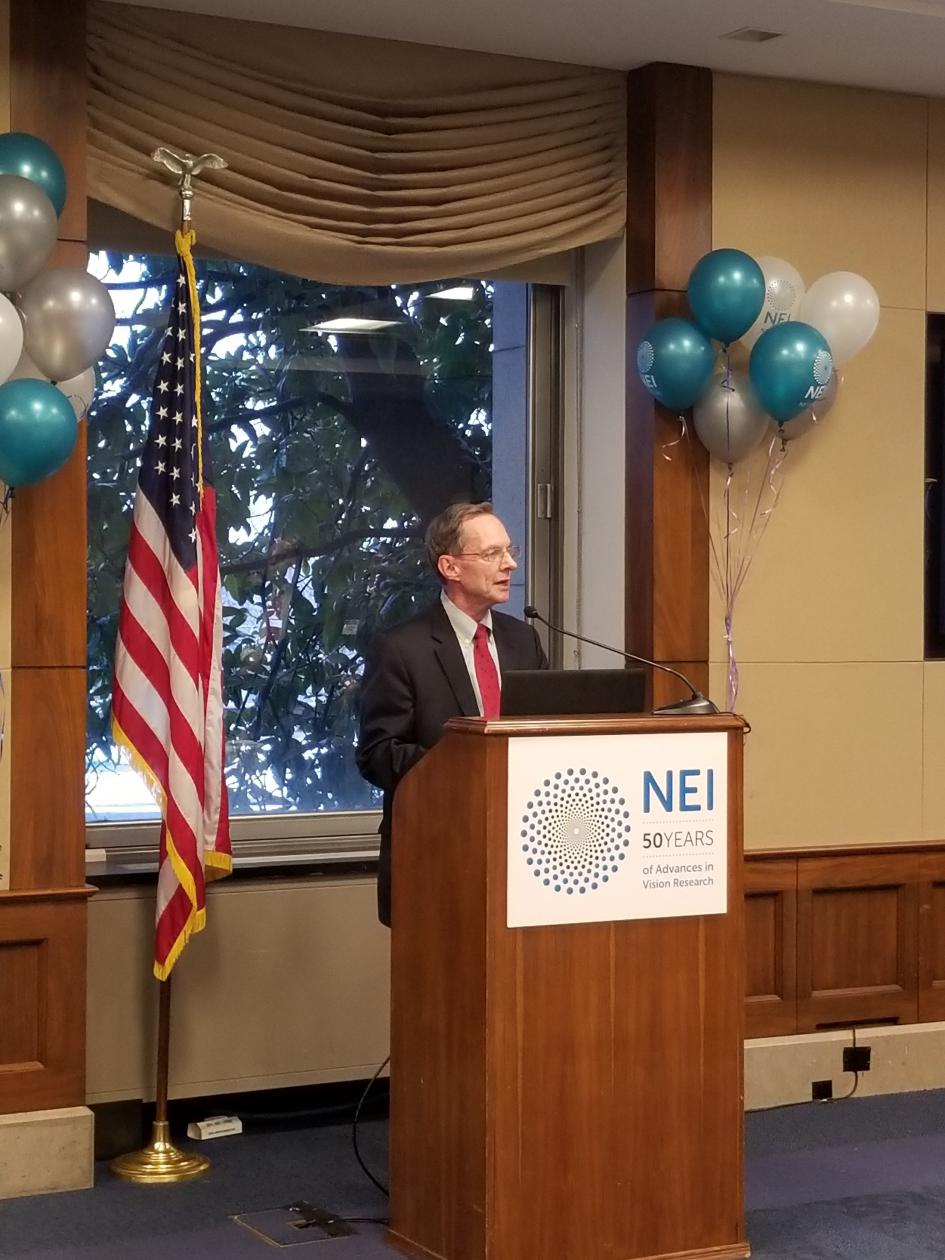 “When RPB was created in 1960, its founder, Jules Stein, a successful businessman who was an ophthalmologist by training, and RPB’s President, David Weeks, both felt passionately that the federal government needed to focus more on vision research,” said Hofland. “They began a robust advocacy campaign that included congressional testimony in favor of legislation to create a separate National Eye Institute.”

Dr. Hofland discussed how, since that time, the NEI has been RPB’s most important “take-out” funder, meaning that RPB grants often enable researchers to collect the preliminary data they need to go on to get larger grants from NEI, which is the nation’s largest funder of vision research. “So, we see RPB and NEI as part of the same research funding pipeline,” said Hofland.

Hofland added: “RPB has been invested in the success of NEI from the very beginning, thanks to the vision of our founder. But what Jules Stein likely couldn’t have imagined is all that NEI would go on to accomplish in the years between its formation and its 50th anniversary. The record of success is just staggering. We at RPB are so proud of our continued relationship with the NEI and the many, many life-changing discoveries that have come out of this critical Institute.”

To learn more about 50 years of discovery at NEI, visit the Institute’s 50th anniversary website.