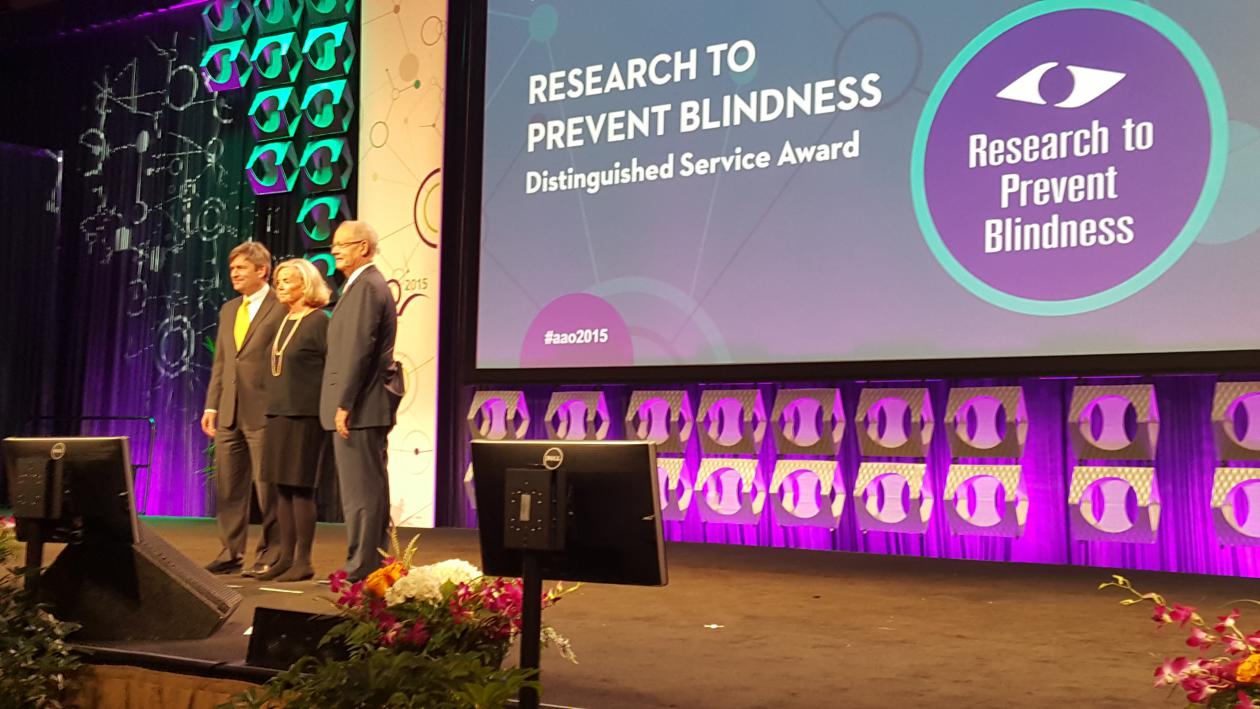 The American Academy of Ophthalmology (AAO) Distinguished Service Award honors an individual or organization for ongoing notable service. This year's recipient was Research to Prevent Blindness.

From the AAO press release: RPB has committed hundreds of millions of dollars in grant support for eye research. The organization also aided in the creation of a the National Eye Institute, part of the United States government's National Institutes of Health, and was instrumental in the creation of scores of academic departments of ophthalmology throughout the United States. RPB-supported researchers have been associated with nearly every major breakthrough in vision science in the past 50 years.

Accepting the award on behalf of RPB at AAO's annual conference in Las Vegas was RPB's Chair of the Board of Trustees, Diane S. Swift: "RPB has fostered the development of our nation's leading vision researchers for nearly a half century, with the goal of developing new treatments for blinding disorders. It is extremely gratifying to be acknowledged by those who apply the fruits of those labors to helping people with vision loss."

"RPB is honored to be recognized by the American Academy of Ophthalmology with this award," added Brian F. Hofland, PhD, President. "While AAO members are on the front lines of the battle against blindness, helping patients who are confronting vision loss, RPB supplies ammunition in the form of research to develop new treatments and deeper understanding of eye diseases. There is a de facto partnership between our organizations that will continue to positively impact millions of people."