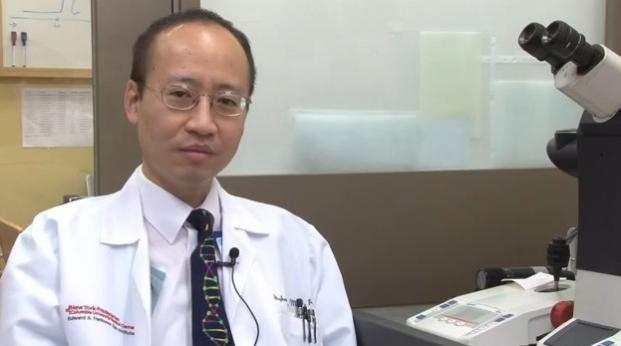 A few years ago, in a major milestone, RPB-supported researchers used gene therapy to restore partial sight in patients with Lebers Congenital Amaurosis, a form of retinitis pigmentosa. For a while, their sight improved. But, earlier this year, reports indicated that the treatment's effects were wearing off, and that the patients' sight was again diminishing as the degeneration of their photoreceptor cells progressed.

WATCH A VIDEO ON
THIS STORY

One proposed explanation for the ongoing degeneration was that the disease had already reached a point of no return when the initial gene therapy had been applied; the photoreceptors were already beyond permanent rescue.

Now, new findings from the lab of RPB researcher Stephen H. Tsang, MD, PhD, Columbia University College of Physicians & Surgeons, are rekindling hope for the use of gene therapy to restore vision in patients with retinal degenerative conditions.

"Our report is the first to demonstrate a stable halting of a retinal degeneration," says Tsang. "It also demonstrates a relatively broad therapeutic time window for a preclinical retinitis pigmentosa (RP) model."

The Tsang team found that, if the gene therapy was optimally delivered, it could be effective at any time during the course of the disease.

"Our study points to non-optimal delivery of the gene therapeutic as a cause of continued degeneration, and suggests that the way forward for developing RP therapeutics is to focus on optimizing delivery, which we have demonstrated in a model. Our work also speaks to the need for earlier precision medicine diagnosis, so these gene therapeutics can freeze the degeneration cascade earlier in the disease course." (Read a Profile on RPB Physician-Scientist Tsang, his work on precision diagnosis, and the influence that RPB Grants have had on his career.)

According to Tsang, the results of this project will allow gene therapists to better counsel their patients on prognosis, alert them to critical periods for treatment and assess the efficacy of future therapeutic approaches.

Most important to patients, these findings suggest that RP can be treated despite being diagnosed after the disease has compromised many cells.