RPB is doubling its annual support of amblyopia research and honoring an esteemed donor, the late Diane Disney Miller. Amblyopia, commonly referred to as "lazy eye," is the major cause of monocular blindness in America, affecting up to three percent of young children. Mrs. Miller, daughter of Walt Disney, created the RPB Walt & Lilly Disney Award for Amblyopia Research with a million dollar pledge in 2002.

The RPB Walt and Lilly Disney Award for Amblyopia Research, created through a pledge from The Walt and Lilly Disney Foundation, provides funds to respected ophthalmic scientists for research into improved detection, treatment or cures for amblyopia, a condition that usually develops in children before they can speak, making it particularly difficult to detect. Since its inception, in 2002, the Award has been given to:

"Diane Disney Miller was a dynamic and deeply caring person who devoted her life to preserving and expanding the achievements of her father, Walt Disney -- a business ally and close friend of RPB's founder, Dr. Jules Stein," says Diane S. Swift, RPB Chairman. "She was also concerned about the millions of children affected by amblyopia and combined her passions by establishing the RPB Walt & Lilly Disney Award for Amblyopia Research, which has generated $100,000 a year for 10 years to drive the development of early detection technologies and new treatments."

According to RPB President Brian F. Hofland, PhD, when RPB received funding for an additional year of the award – even after Mrs. Miller had passed away from fall-related injuries – RPB decided to recognize such an exceptional commitment by matching the Disney contribution and supporting two investigators at $100,000 each:

Paul D. R. Gamlin, PhD, University of Alabama at Birmingham, will investigate the role of the brain's cerebellum in maintaining eye alignment.  Stacy L. Pineles, MD, MS, University of California, Los Angeles, will evaluate the effectiveness of two promising video-game-based amblyopia therapies in 8-40 year olds, an age group traditionally thought to be beyond the critical period for treatment.

"RPB is honored to have the trust of the Disney Foundation in carrying out Diane Disney Miller's wishes," says Hofland.  "And we will remain true to the bond formed between the Disney and Stein families by expediting solutions to this widespread, under-funded condition." 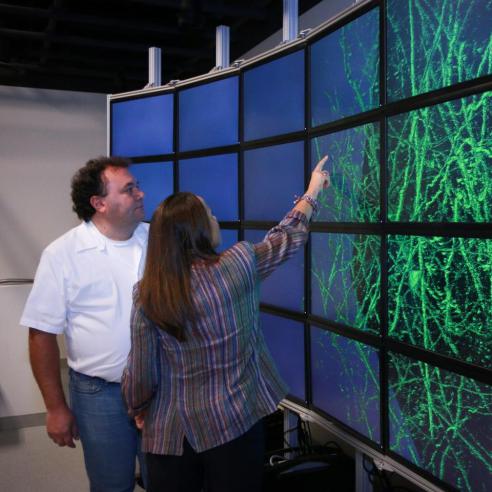 3-D Map of the Brain Will Help Eye Researchers

View can help researchers understand how the brain’s connectivity is disrupted in mental and neurological conditions such as schizophrenia, depression, anxiety, autism and in vision-related conditions. 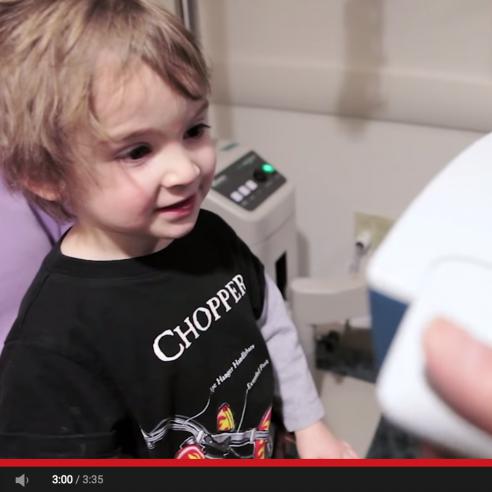 RPB researchers have developed and tested a simple, seconds-long screening exam with a handheld scanning device to enable pediatricians to identify amblyopia, the leading cause of vision loss in childhood, in...