The event occurred as Congress passed—and the President signed—H.R. 6157, the minibus Fiscal Year (FY) 2019 spending bill, which finalized Defense and Labor, Health and Human Services, and Education (LHHS) appropriations prior to the end of FY2018. The LHHS bill includes a $2 billion National Institutes of Health (NIH) increase and a $24.2 million National Eye Institute (NEI) increase.  The Defense bill provides a $5 million increase in the Peer Reviewed Vision Research Program (VRP), to a record funding level of $20 million. 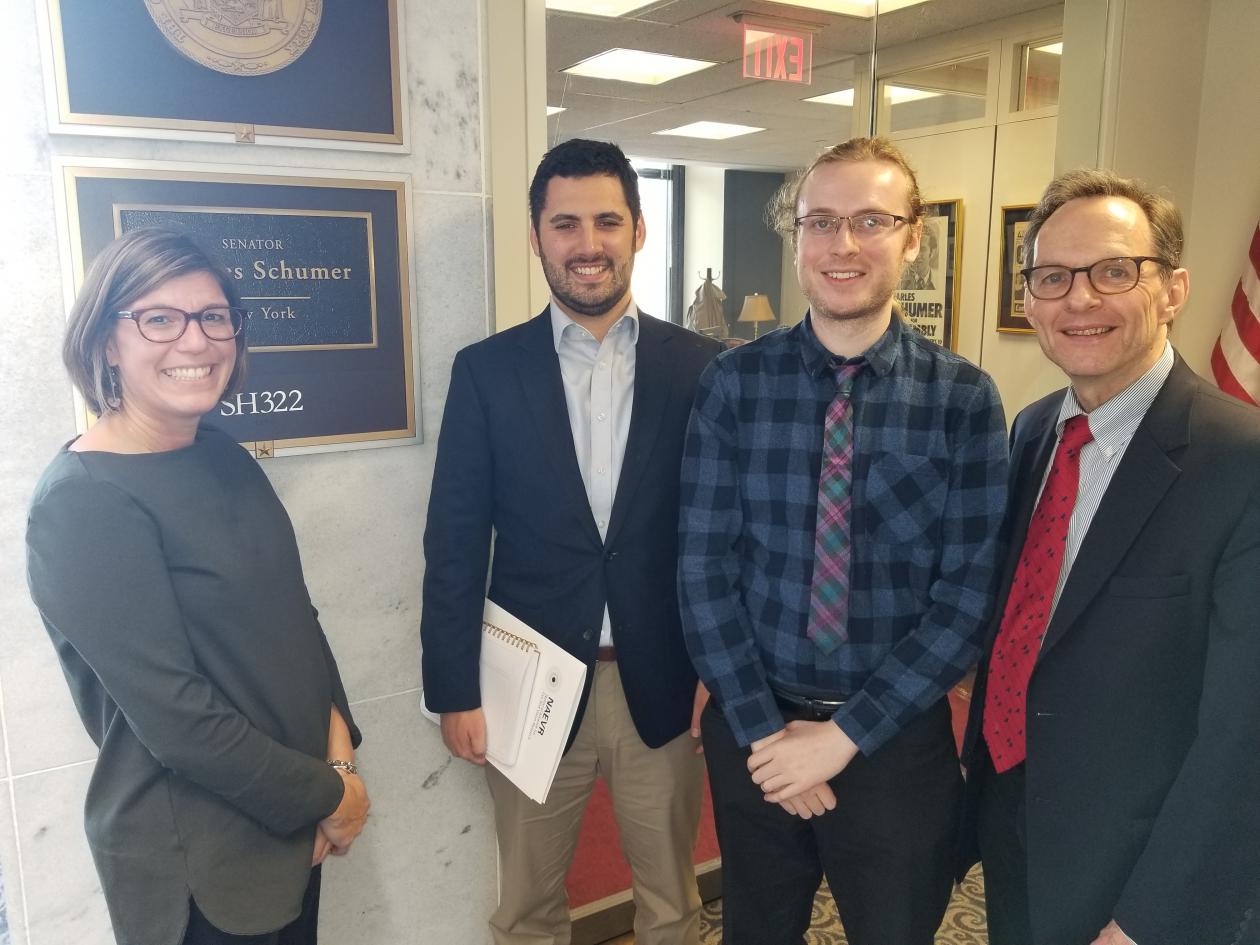 For the fourth year, RPB provided a grant to support the EVS events. RPB President Dr. Brian Hofland accompanied Drs. Giles-Hamilton Fletcher and Dr. Rachel Wozniak in New York delegation visits.  Dr. Hofland commented:  “It was wonderful that FY2019 NIH and NEI appropriations already were finalized, enabling participants to present their breakthrough research and describe plans to submit their first Investigator-Initiated (R01) grant within that positive context.  EVSs emphasized how their research has the potential both to improve quality of life and reduce healthcare costs. Congressional staff were especially receptive to this messaging about the value of the nation’s investment in vision research.” 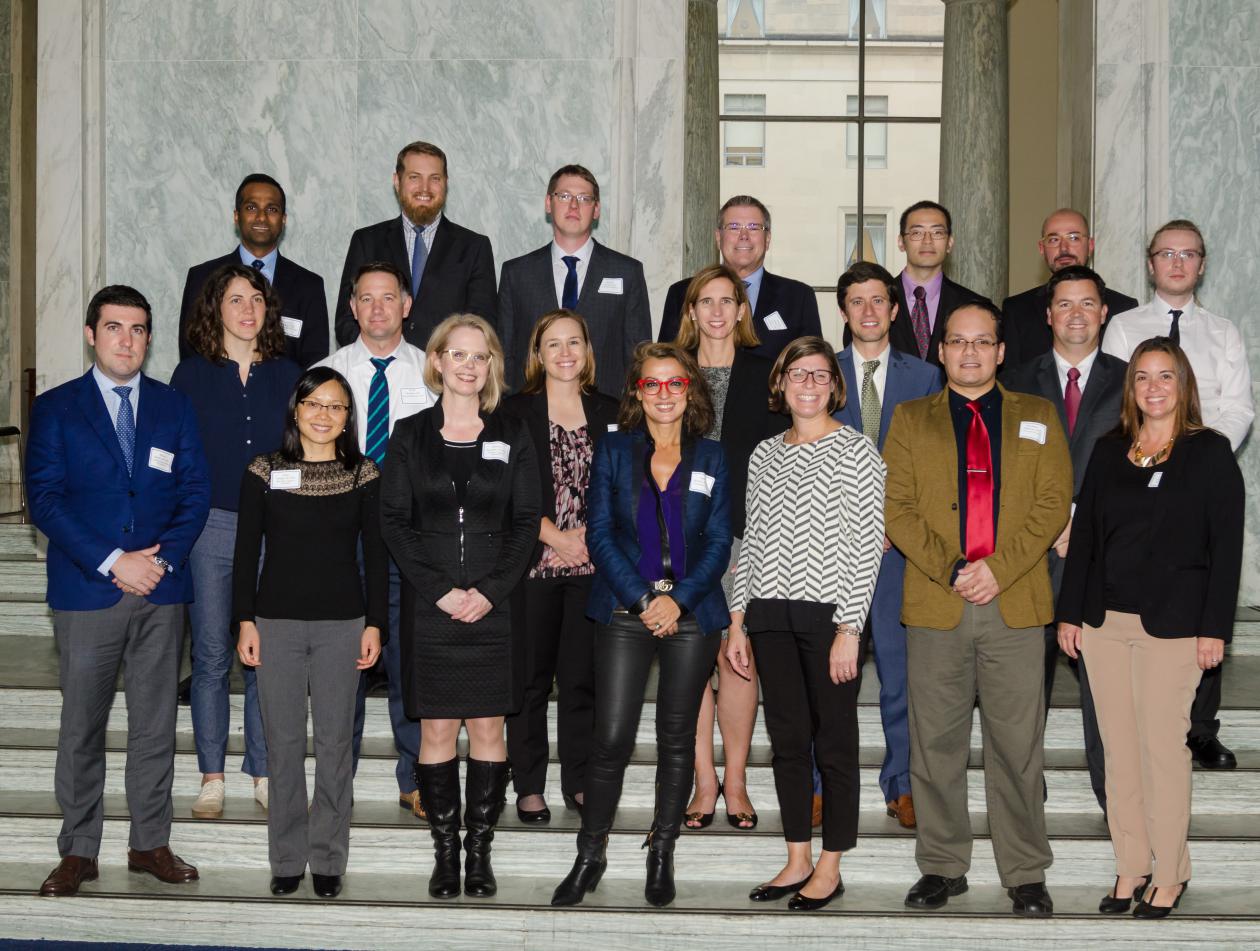 The class of the Fourth Annual Emerging Vision Scientists Day

The investigators attended NAEVR’s annual International AMD Awareness Week Congressional Briefing, provided on-camera interviews about their research for a documentary video, and displayed posters of their research in an evening Congressional Reception. On September 28, under the auspices of NAEVR, they visited their Congressional delegation offices and thanked their representatives.

“I continue to be impressed with the passion, knowledge, and drive of these early-career investigators,” said Dr. Hofland.  “I am proud of RPB’s role in providing early grant support of the next generation of vision scientists as they proceed to seek federal funding.”

Both the educational and advocacy activities were built around one question—“How will the breakthrough research being conducted by these EVSs prevent, delay, and treat vision disorders--which will grow to an annual United States cost burden of $717 billion in inflation-adjusted dollars by 2050?”