Most vision researchers will tell you that they derive deep satisfaction from their work not only because of the intellectual challenges, but also because of their work’s potential to help people—whether that’s through learning more about a disease, pioneering a treatment, or helping to refine a surgical technique. 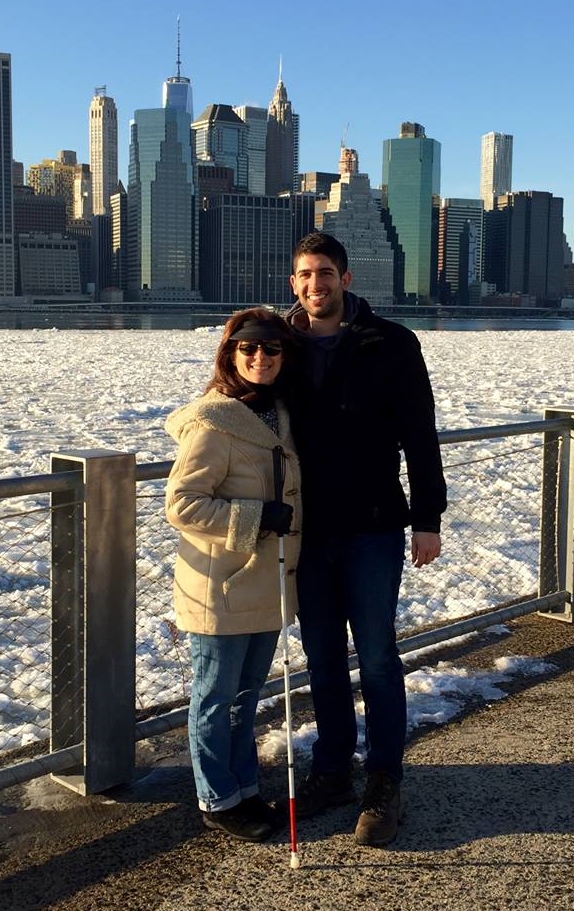 Researcher Jesse Sengillo and his mother, who has Usher syndrome.

But sometimes, the rewards are even more personal. Such is the case for Jesse D. Sengillo, an RPB Medical Student Fellowship Award recipient based at Columbia University Medical Center (CUMC). He, his mentor at CUMC, Stephen H. Tsang, MD, PhD (an RPB Physician-Scientist Award recipient), and colleagues from around the world recently collaborated on a study to better characterize the genetic and physiologic characteristics of Usher syndrome—the most common cause of deaf-blindness—and a disease that affects Sengillo’s mother.

People with Usher syndrome have both retinitis pigmentosa (RP)—an inherited, irreversible, and progressive form of blindness—as well as hearing loss.

“I really admire what my mom has endured - Usher syndrome and other forms of RP have an immense impact on the person who is affected,” said Sengillo. “It’s a special feeling to know that our work may someday benefit her and many others.”

One cause of Usher syndrome is mutations in the Usherin 2A (USH2A) gene, which can affect the function of specialized photoreceptor cells in the retina that are necessary for vision. But it is still unclear why this disease presents variably amongst patients.

Sengillo, Tsang, and their research colleagues recently published an article on the findings of their retrospective analysis in Nature’s Scientific Reports. They identified a pattern between certain types of genetic mutations and the amount of residual cone photoreceptor function. They also reported that there may be a threshold of sorts for the severity of genetic mutations that, if exceeded, explains the presence of hearing loss.

By collecting this data, the researchers were better able to outline the genetic factors of varying presentations amongst Usher syndrome patients, which can be used as a jumping-off point for further study and to help target enrollment for future clinical trials. This work is also critical in helping physicians to counsel their patients about expected clinical outcomes and disease management.

“It’s exciting to be a part of the movement that is bringing this disease closer to treatment. There is a great unmet need for these patients, but research is closing the gap and we are all very optimistic for what is coming,” said Sengillo.

(Photo caption for cover image: Retina of a person with retinitis pigmentosa due to mutations in USH2A.)