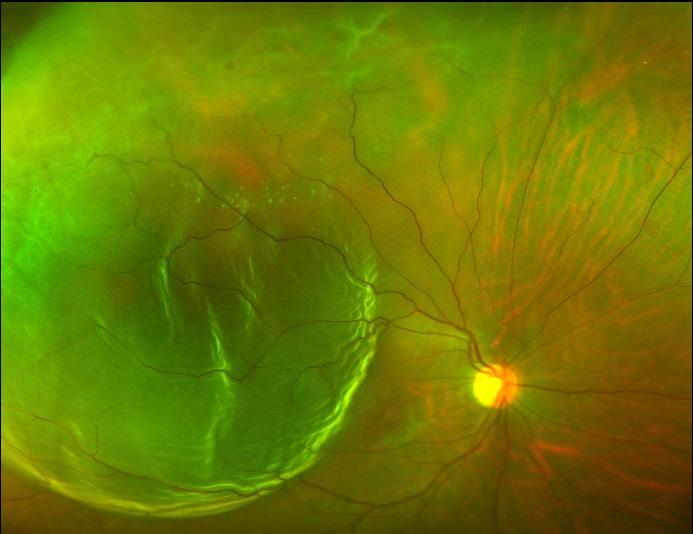 RPB-supported vision researchers have identified targets for treatments that would prevent vision loss in patients following retinal detachment. The discovery holds promise for the many patients who, even though they have corrective surgery soon after experiencing a retinal detachment, continue to lose sight.

The research shows, for the first time, that a component of the body's immune system called the alternative complement pathway significantly contributes to photoreceptor cell death and that inhibiting the pathway is protective.

Ultimately, the findings may have much broader impact, because degeneration of photoreceptors also occurs as a result of blunt trauma or as a side effect of a variety of diseases including retinopathy of prematurity, diabetic retinopathy, ocular tumors, and age-related macular degeneration.

What is the main finding in your study? Why is it novel?
Retinal detachment and subsequent degeneration of the retina can lead to progressive visual decline due to photoreceptor cell death, the major light-sensing cell in the eye. The detached photoreceptors begin to die, and given that photoreceptors are non-dividing cells, their loss leads to irreversible visual impairment even after successful retinal reattachment surgery. Early inflammatory mediators are up regulated in the eyes of these patients; of particular interest are those of the alternative complement pathway. For the first time these results provide evidence that the alternative complement pathway exacerbates photoreceptor cell death and that inhibition of the pathway is protective.

What are the clinical implications of your finding(s)?
Degeneration of photoreceptors is a primary cause of vision loss worldwide, making the underlying mechanisms surrounding photoreceptor cell death critical to developing new treatment strategies. It occurs as a result of either blunt trauma or a side effect of a variety of diseases including retinopathy of prematurity, diabetic retinopathy (tractional RD), ocular tumors, and age-related macular degeneration (exudative RD). The current standard of care involves surgical reattachment, which is typically provided within a week in the US and Europe. While surgery has proven to be highly effective at reattaching the retina, speed is critical to a positive outcome. This is due to the fact that increased severity and duration of the detachment results in a significant decrease in overall visual regeneration. Unfortunately, even when reattachment is performed in a timely manner, patients often complain of permanent vision loss accompanied by changes in color vision. Visual acuity only improves to 20/50 in 39% of patients, even when early reattachment surgery is performed. Importantly, studies in both humans and animal models have shown that photoreceptor cell death is induced as early as 12 hours after RD. This indicates that early intervention could potentially preserve the photoreceptors, improving the visual acuity of patients that undergo both early and late stage reattachment procedures. Our data provides a new role for complement in retinal detachment, and suggests that complement inhibitors may be good therapeutic targets to prevent the initial photoreceptor cell loss, providing an extended therapeutic window for surgery and photoreceptor survival.

Outside of the main finding(s), does this study suggest exciting ideas, concepts, etc. that might be of interest to a general audience?
The idea of the innate immune system targeting and removing only damaged/injured cells, while leaving the surrounding healthy cells intact, introduces an overarching concept for the role of the innate immune system in disease. The complement system consists of serum and tissue proteins, membrane-bound receptors, and a number of regulatory proteins, forming a hub-like network that is tightly connected to other systems; the three key pathways are: the classical, lectin, and alternative pathways. Damaged or diseased host cells down-regulate membrane-bound inhibitors of complement, allowing for targeted clearance. An imbalance between complement recognition and initiation on healthy host cells can lead to unregulated complement activation and subsequent cellular damage. The complement system is likely to be a critical component of ocular immunity, but in the context of photoreceptor survival after injury this selective targeting is deleterious, likely leading to increased visual decline.

"Our findings begin to identify a new role of the innate immune system by which the body's internal mediators selectively target injured detached photoreceptors for removal," says Kip M. Connor, Ph.D., Assistant Professor of Ophthalmology at Mass. Eye and Ear/HMS Ophthalmology and an RPB Special Scholar Award recipient. "It is our hope that future studies will allow us to develop specific therapeutics that harness this knowledge resulting in a greater visual outcome and quality of life for patients suffering from this sight threatening disease."