First Signs of Glaucoma Appear In The Brain, Not The Eyes 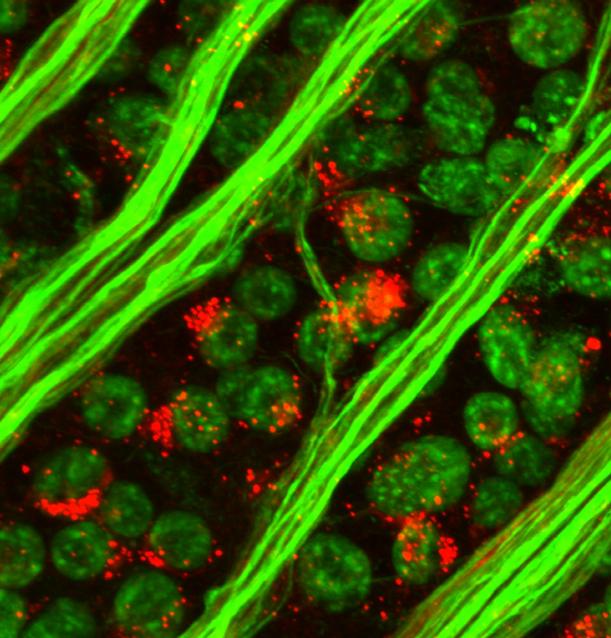 In the retina, ganglion cell neurons send long fibers called axons (green) through the optic nerve to the brain. Axons convey not only visual information in the form of electrical signals, but also various factors involved in system maintenance and regulation. Fluorescent markers used to measure axon function bind to ganglion cells in the retina (red) before traveling along the optic nerve. Quantifying their signal in the brain indicates that early in glaucoma, axonal transport begins to fail first at the most distal site of communication from the optic nerve.

Many glaucoma patients experience vision loss despite efforts to manage ocular pressure. Now, researchers are a step closer to understanding why...and treating it.  The findings represent a paradigm shift in how scientists think about the disease, according to one researcher whose work RPB has supported since 2003 when he received a Lew R. Wasserman Award.

Go to the abstract.