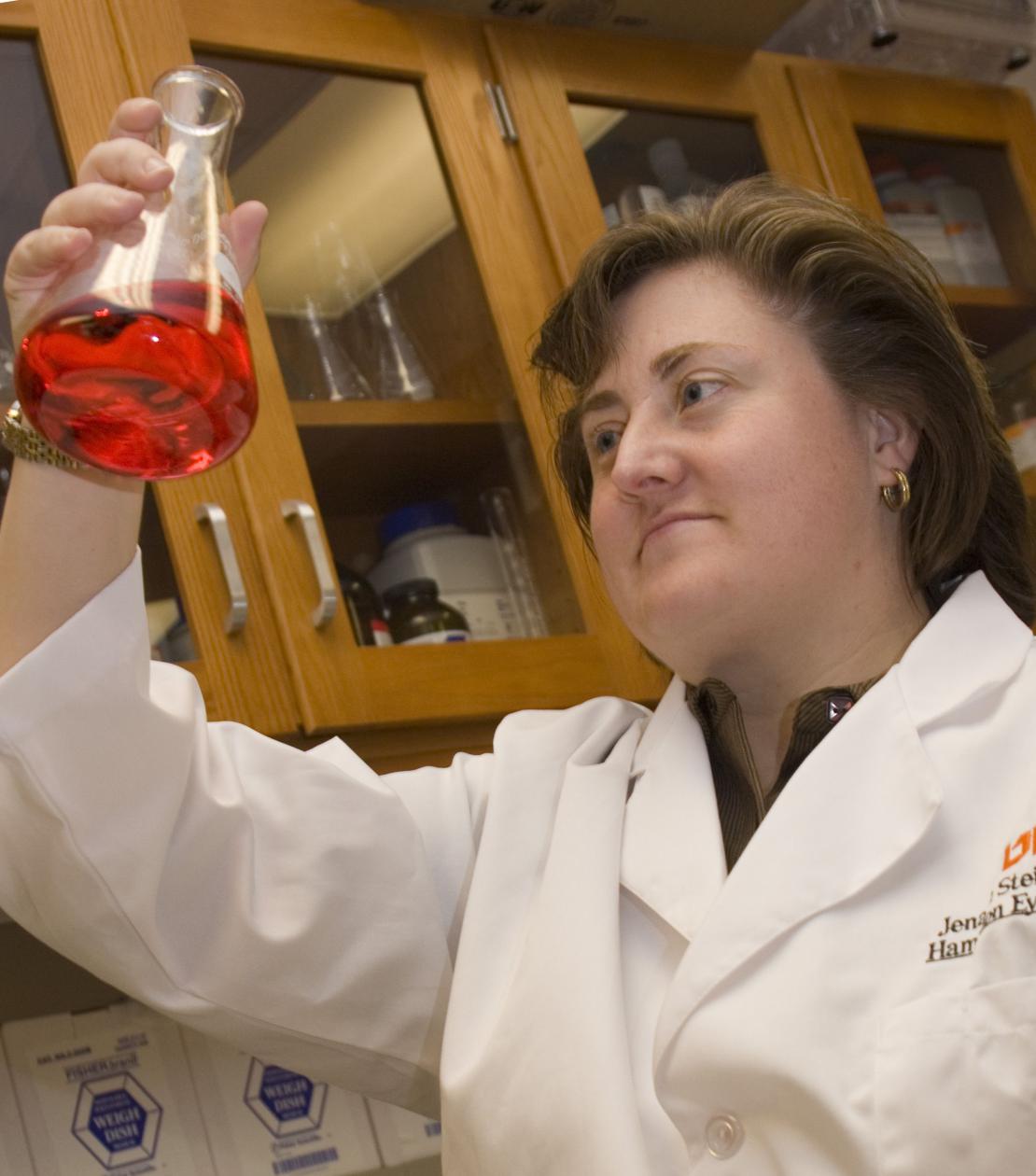 Jena J. Steinle, Ph.D., Assistant Professor in the Department of Ophthalmology at The University of Tennessee Health Science Center is evaluating the clarity of a stain used to evaluate the effectiveness of a novel therapy to prevent diabetic retinopathy.  Work in Dr. Steinle's lab is focused on developing new therapies in an eye drop form to prevent diabetic-like changes in the retina.

With the addition of 48 new grants to individual researchers, in 2008, a total of 163 RPB-supported scientists were actively pursuing basic and clinical investigations into the entire spectrum of eye disease.  During that time, among the nearly one thousand RPB-funded published reports, were: the use of gene therapy to restore sight to patients with retinitis pigmentosa; the discovery of the first genetic link to dry macular degeneration along with the announcement of clinical trials for a potential treatment compound; and identification of the long-sought genes that cause myopia (nearsightedness), along with the possibility of preventing the extreme form of this condition in children, which would spare them further significant vision loss due to myopic retinopathy, retinal detachment, glaucoma or strabismus.

"The magnitude of the global impact of vision loss projected for the coming decades makes it imperative that we maintain momentum and continue to invest in innovation," says David F. Weeks, Chairman. "To that end, we have structured our grants program to attract highly promising scientists into the field of vision research, and to support them at every stage of their careers."

RPB's top award, the Jules and Doris Stein RPB Professorship, provides $500,000 over five years and up to $150,000 in a matching grant for laboratory construction.  An additional $200,000 may be awarded during a two-year extension of the award.  RPB granted one new Stein Professorship in 2008.

Since it was founded in 1960, RPB has channeled more than $268 million to medical institutions throughout the United States.  As a result, RPB has been identified with nearly every major breakthrough in eye research in that time, including the development of laser surgeries and the anti-VEGF treatments now entering use to curtail retinal degenerative diseases.  Historically, 81% of RPB expenditures have gone directly for eye research.